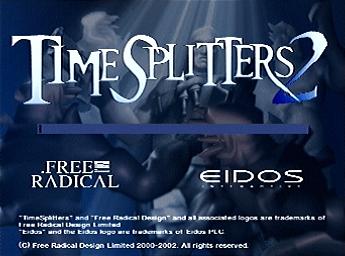 All Images (3) »
Visitors to Edinburgh's Royal Museum during the month of August will find themselves in the unlikely position of being asked to touch the exhibits, as the world-famous visitor attraction throws open its doors to the 'Go Play Games' exhibition.

As part of the first ever Edinburgh International Games Festival (EIGF), Go Play Games will see an exclusive area of Edinburgh's Royal Museum dedicated to interactive entertainment. For eight days, visitors will be able to experience some of the finest examples of contemporary video games on PlayStation 2, GameCube and Xbox, alongside the cream of current and forthcoming PC games from NVIDIA's 'The Way it's Meant to be Played' campaign.

"As the Edinburgh International Games Festival is all about celebrating the culture of games and gaming, we thought it only right that we should allow the general public an opportunity to sample some of the best examples of the art that are currently available," says Festival Chair Tom Stone. "As well as being great fun to play, the examples chosen demonstrate the enormous breadth of game styles which gaming offers."

In addition to getting hands-on experience on some of the best of today's games, visitors will also be able to get a glimpse of how games are made through a series of lectures and workshops which will take place throughout the week. Visitors will also be encouraged to vote for their favourite game (the winner of this poll will be awarded the 'Gameplayer's Game of 2002-2003' award) and to enter a competition where their performance could win them a state-of-the-art games PC (courtesy of NVIDIA).

Entrance to Go Play Games will be competitively priced, with children of 12 and under (who must be accompanied by an adult) admitted for free, adult admission priced at Ł2 and concessions at Ł1. The event will run from Monday August 11th to Monday August 18th and will be open to the public from 10.00am to 1.15pm and from 1.45pm to 4.45pm from Monday to Saturday and from 12.00 to 5.00pm on Sunday (there will also be a special late evening session on Tuesday from 5.00pm to 8.00pm). All games will be clearly marked for their age suitability using the PEGI rating system.

The Royal Museum has a good track record in interactive entertainment, having attracted more than 45,000 visitors to the Game On exhibition which was staged at the venue between October 18th 2002 and February 2nd 2003.

Go Play Games is sponsored by NVIDIA, with support from some of the biggest names in interactive entertainment, including Sony, Nintendo and Microsoft.

The provisional list of games which will feature in the Go Play Games exhibition is as follows...