Original rockers having a shuffle. 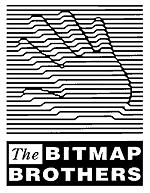 The renowned UK development veterans, The Bitmap Brothers, creators of hit titles across almost every generation of hardware today announced a significant internal restructure to allow for expansion and diversification across current and future products and platforms.

Mike Montgomery said, "Over the years I have purposefully kept the company small, with a family atmosphere, but as the industry matures and expands it's becoming increasingly difficult and risk-laden to maintain this philosophy. There are a number of exciting opportunities for The Bitmap Brothers on the horizon and it is vitally important that I have the strongest possible base to build on, and I believe I have the beginnings of that with the appointment of Ed, Jamie and John."

Joining The Bitmap Brothers to head up the internal art team is ex-Silicon Dreams and Frontier Lead Artist, Alex Smale. Alex replaces the current Head of Art, ex-Bullfrogger John Kershaw, who is leaving the company at the end of June alongside Lead Artist Adam Norbury to establish an external art studio; Q Branch. The Bitmap Brothers will continue to work with John and Adam through their new studio as clients.

New Business Development Director Ed Bartlett added, 'these are exciting times, both for ourselves and for the industry in general. There are few people who haven't felt the pinch over the last 18 months, but there seems to be an increasingly assured air of confidence from all sections as we head further into 2002, bolstered by the appearance of two new platforms and a huge increase in public awareness and acceptance of videogaming as more than just kids stuff. These appointments are just the first step in a long line of plans to reinstate The Bitmap Brothers as a force to be reckoned with, not just in the UK, but also worldwide.'
Companies: Bitmap Brothers
People: Adam Norbury Alex Smale Ed Bartlett Jamie Barber John Kershaw John Phillips Mike Montgomery
Games: World War II: Frontline Command