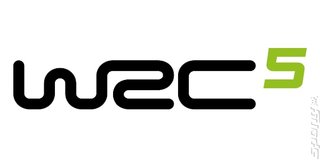 ?With these new trailer & screenshots, we want to show different locations and challenges that are waiting for players? says Alain Jarniou, WRC 5 Game Director. ?From the frozen roads and snow banks of Sweden, to the narrow and sandy lines of Sardinia, or even the fast technical sections of Finland, we really want to put players into real drivers? gloves. That?s why we worked hard to recreate the special atmosphere at each of the 13 rallies that makes the WRC so diverse? declares Alain Jarniou.

The FIA World Rally Championship (WRC) pits drivers and production-based cars against some of the toughest and most varied conditions on the planet. In 2015, the roads on this epic motorsport adventure are spread across 14 countries, with 13 rallies on everything from snow packed forest tracks to rock-strewn mountain passes.

WRC 5 is scheduled for Autumn 2015 and will be available for Xbox One, Xbox 360, PlayStation®4, Playstation®3, PlayStation® Vita and PC.