Flying In and Reporting for Duty! 3 New Lost Dimension Characters, Plus a FreeLC Bonus!

Another round of S.E.A.L.E.D. Team Members Phasing In! Introducing Agito, Marco, and Nagi! 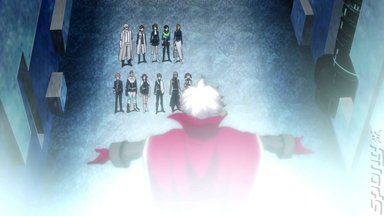 All Images (8) »
A terrorist named The End is threatening to destroy the world, and luckily for you the psychics of the S.E.A.L.E.D. team have everything you need to stop him! Whether you need to fly over obstacles blocking your way, crush your enemies with ease, or teleport to a critical area, you can trust them to back you up in battle. Some of these teammates however are secretly on The End's side... can you figure out who before it's too late?

DLC Update
Before we get into the trailer description, we have some good news! A new costume is being added to the DLC mix, and this one will be permanently free! Main character Sho will have an alternate costume he can wear in battle now!

New Trailer
Here's Agito, Marco, and Nagi, three more psychics that you can pick to fight alongside you in Lost Dimension. Agito can teleport himself to gain an advantage in battle, and set up some surprise tactics by teleporting allies and enemies as well. Marco on the other hand relies on sheer power; his telekinetic abilities can devastate even the most formidable foes, or protect him from taking damage. Lastly is the versatile Nagi, who flies around the battlefield thanks to her mastery over levitation. Her ability to levitate isn't a one-trick pony either-- she can use her body as a weapon and fly into enemies at incredible speeds to annihilate them.

These three psychics wield incredible powers that decimate anything standing in your way... Just make sure that they don't betray you once you're standing face-to-face with your enemy, The End.