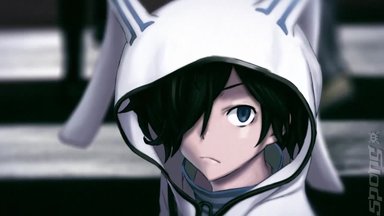 Believe it or not, the demon-ravaged landscape of Japan as it rapidly hurtles towards the end of the world can be a challenging place, so ATLUS has prepared some special DLC offerings to help players deal with some of the resources that can be crippling if they're in short supply. Plus, there are two pieces of FreeLC (permanently free DLC) that everyone should grab!

Every piece of Record Breaker DLC will be in the form of a Free Battle, and success will have great results for your party! But bear in mind they don't necessarily come easy - all the battles except the Beginner's Brawl scale incrementally with your protagonist's level, so the rewards won't be handed to you on a silver platter.

Let's start with the FreeLC first, shall we? These two items will be permanently free.

Beginner's Brawl -- This is the one Free Battle that won't scale with level, so make sure to tackle it early on. The enemies are a little on the weak side, but can still pack a punch if you're not careful. Defeating them will earn you some quick Macca (demonic currency) to blow at the Demon Auction and get your team started off right.

Lost Demon Rescue -- A persuadable demon is caught in the middle of two hordes. If you can protect the demon and survive the onslaught, the demon will join your party! Use it to bolster your ranks or keep it for fusion fodder. (Not to mention that some of the demons you're up against have useful skills to crack!)

After you've mastered those battles, you can try your hand at some of the paid DLC content, which goes a little further in terms of providing players with usable resources. All the below content will be 99 cents (CA$1.49) apiece on the Nintendo eShop:

Macca Makes an Escape -- This battle poses a chase scenario. Demons are fleeing with their pockets stuffed with Macca, and it will be up to the player to run them down and beat the payout out of them. The demons are carrying three times the usual amount of Macca, and even though they're fleeing, they'll put up a good fight if you catch them.

All Skills Must Go! -- Scattered around the battlefield are memory sticks loaded with powerful skills for your party. But the demons around have their eyes on them too, and will try and abscond with the memory sticks. This is one situation when you're going to want to make sure to use non-combat skills that slow down enemies and/or speed up your party, because nothing is as infuriating as watching a Moh Shuvuu fly off with a powerful healing skill.

Let the Demons Grow -- This is an old-fashioned free-for-all battle. These demons are loaded with extra experience, so systematically pick them off to reap EXP rewards and level your entire party.

Addonetarium -- This battle is for higher-level characters, but is hugely beneficial towards the middle of the game when you can start implementing add-ons to your fusion. Basically, the add-ons give the fused demon a specific bonus, and can mean the difference between an average demon and all-powerful killing machine.

The DLC will roll out after launch on a schedule, and here's how the schedule currently stands:

May 5 - Game launch, Beginner's Brawl, Macca Makes an Escape!
May 12 - All Skills Must Go!, Lost Demon Rescue, Let the Demons Grow
May 19 - Addonetarium

This of course also coincides with the SpotPass content which will be rolling out over the same period and include new demons to fuse as well as party skills to use in battle. (Which we talked about many weeks ago! Remember?)

May|'15
Flying In and Reporting for Duty! 3 New Lost Dimension Characters, Plus a FreeLC Bonus!
Mar|'15
Strengthen Demon Fusions with StreetPass and SpotPass!
Jul|'18
EA Sports NHL 19 Invites Hockey Fans into Open Beta
May|'18
“The Power of Football” Continues with PES 2019