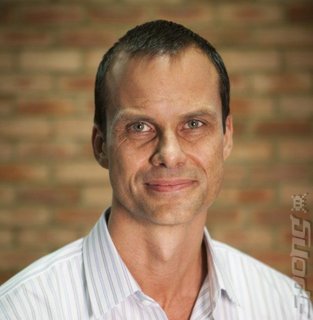 LONDON, Tuesday 23rd April 2013 ? Microsoft Studios EMEA is pleased to announce the appointment of John Needham to the role of Studio Head of Lionhead, effective immediately.

John has been a prominent figure in the video game industry since 2001. As the former CEO of both Cryptic Studios and, most recently, Gazillion Entertainment, John brings over twelve years of leadership, business development and financial experience in the entertainment and online gaming industries to the role. John?s deep understanding of all aspects of the gaming industry, from subscription-based, massively multi-player to client-based console and free-to-play online, PC and mobile experiences, will be a huge benefit to Lionhead and European Studio operations more widely.

John has also served as Senior Vice President of Business Development and Operations, and CFO at Sony Online Entertainment (SOE); as a board member of Quark Games (publisher of over fifty Top 25 apps, with in excess of 40 million installs); and is a former member of the Gamestop Digital Advisory Council (US).

?This is a historic time in our industry and I?m excited, and honoured, to be joining Lionhead and Microsoft Studios,? John says of his appointment. ?Our vision is focused on building innovative gaming services and AAA experiences at Lionhead, and the rest of Microsoft Studios, which take advantage of Microsoft?s incredible hardware and software platforms. Personally, I can?t wait to get started.?

In welcoming John to his leadership team, Phil Harrison adds: ?It?s my pleasure to welcome John Needham to Microsoft Studios and Lionhead. He brings a wealth of proven executive leadership experience in the online gaming space to the company and I know he will confidently lead Lionhead towards an ambitious online future.?

About Xbox 360
Xbox 360 is a premier home entertainment and video game system. With the addition of Kinect, Xbox 360 will forever transform social gaming and entertainment with a whole new way to play ? no controller required. Xbox 360 is also home to the best and broadest games as well as the largest on demand library of music, standard and high definition movies, TV shows and digital games, all in one place. The entertainment centre of the living room, Xbox 360 blends unbeatable content with a network of 46 million Xbox LIVE members to create a limitless entertainment experience that can be shared at home or across the globe. More information about Xbox 360 can be found online at http://www.xbox.com/en-GB/.

About Xbox LIVE
Xbox LIVE is the online entertainment service for your Xbox 360, connecting you to an ever expanding world of games, movies, music, sports and social entertainment. Xbox LIVE lets you play the best games, enjoy the largest on demand library on any console, listen to millions of songs and share the fun with friends around the world. Xbox LIVE is now also available on Windows 8 devices and Windows Phone 7 and higher, connecting people with entertainment across more devices. Xbox LIVE is the exclusive home of controller free online entertainment through Kinect, making your Xbox 360 more intuitive and interactive than ever before. With an active community of 46 million people across 41 countries, Xbox LIVE provides you with instant access to the entertainment you want, shared with the people you care about. More information about Xbox LIVE can be found online at http://www.xbox.com/en-GB/live.

About Microsoft
Founded in 1975, Microsoft (Nasdaq ?MSFT?) is the worldwide leader in software, services and solutions that help people and businesses realize their full potential.

Note to editors: For more information, news and perspectives from Microsoft, please visit the Microsoft News Centre at http://www.microsoft.com/news. Web links, telephone numbers and titles were correct at time of publication, but may have changed. For additional assistance, journalists and analysts may contact Microsoft?s Rapid Response Team or other appropriate contacts listed at http://www.microsoft.com/news/contactpr.mspx
Companies: Lionhead Microsoft Game Studios
People: John Needham