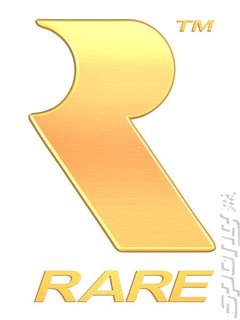 Rare is to open a new second studio facility in Fazeley Studios, Digbeth Birmingham in April which will complement Rare?s longstanding headquarters in Twycross. The new studio represents a move on Rare?s part to change the current model of games development working practices. It will enable them to attract contract staff from a large pool of talent. Fazeley?s main area of focus will be as a production, test and usability site to accommodate Rare?s evolving methodology in game creation. In time it is hoped that Fazeley will house a world class usability lab.

The location of Fazeley offers a central urban setting which is very accessible and in the digital media hub of Birmingham.

Rare believes that the current model of massive teams has lead to a boom and bust cycle in staffing terms and sees a film production model as a far better and more efficient way of creating triple A games going forward. The Fazeley studio will be home to some 90 staff working on new Rare games although number will fluctuate with the development cycle.

Digbeth is close to several universities and colleges and so is ideally placed for recruiting new staff.

In announcing the new Rare facility Studio Head Mark Betteridge said ? The old way of making games just doesn?t work anymore , we need to be much more flexible in how we staff a team and setting up new facility in Digbeth will help us to do this . Its central location and the nature of other businesses in the area make it a very appealing environment in which to work. While we are committed to keeping our headquarters in Twycross, we feel a second studio in a more urban location will be appealing to some staff.?

Rare worked closely with a number of regional development bodies including Advantage West Midlands to find the perfect premises and feels that Fazeley will be a great adjunct to the company?s main operation.

Jane Holmes, International Investment Manager at Advantage West Midlands, said: ?Rare?s move is fantastic news for the West Midlands, not least because it will bring 90 high technology jobs to the region, along with a major, globally successful company.

?The West Midlands has a long-established video games industry, accounting for one quarter of the UK games workforce. Rare?s arrival will further strengthen the region?s reputation around the world for excellence in computer games.?

Lucan Gray, who created Fazeley Studios, added: "I am delighted that Rare has chosen Fazeley Studios for its second base. The fact that a Microsoft Games Studio is coming to Digbeth shows how things have moved on in the area in the last couple of years, in spite of the challenging economic background. Our aim is for Digbeth to be the geographic heart of Birmingham?s digital economy. You can?t get much better than Microsoft arriving as a vote of confidence in our ability to deliver that aim?.
Companies: Rare