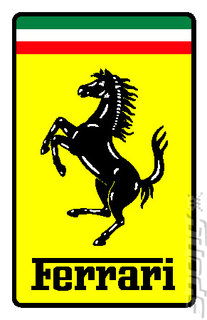 System 3 will first launch a cutting-edge racing game based on the Ferrari Challenge series featuring real cars, real tracks and true Ferrari racing dynamics. The launch platform for Ferrari Challenge is the PlayStation 3 and the game has been developed to maximise the technology in the new console format such as a 16-player feature rich simultaneous online mode with elements not yet seen in any race game to-date. The PSP and DS versions will feature 4-player wireless play including adhoc play and game share and the Wii version will fully support the unique control system offered by this system, including control by a Wii steering-wheel.

The racing game genre has always been one of the most successful genres in video gaming accounting for 12% of all games sold. Ferrari is a top brand in the world making the combination a perfect match. The first preview of the Ferrari Challenge game by the international press will be held on June 23rd at the home of Ferrari, Maranello, Italy and will coincide with the finale of Ferrari's 60-year celebrations throughout which System 3 has been a major sponsor. The celebration tour started in Abu Dhabi in January and is set to traverse fifty countries before concluding at the Ferrari factory and the Ferrari home test circuit, Fiorano. Details of further titles from System 3 including "Ferrari Street Racer", featuring the whole range of Ferrari' cars will also be announced at the event.

System 3, CEO, Mark Cale added, "Video games and racing have been my two passions during the twenty-five years that I've been in the business. Finally the two have collided and I'm immensely proud to be bringing the Ferrari Challenge to market this year. We have invested in the best development talent in the industry and I'm confident that the game will be even more impressive than the license."

Ferrari's Katia Bassi, Head of Licensing said, "Mark has been a highly valued customer of Ferrari for over twenty years during which time we have developed a special relationship including System 3 becoming a sponsor of our 60th birthday anniversary road tour and celebrations. We know that the Ferrari Challenge is in good hands as Mark himself is an experienced Challenge series driver, giving him a unique insight into translating the technical aspects of our engineering to the medium of video games".
Companies: System 3
People: Mark Cale