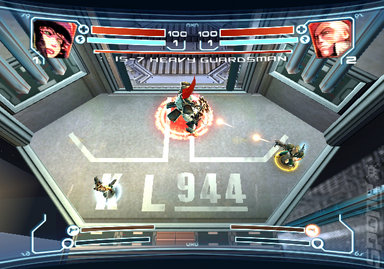 Enter a world of chaotic warfare, industrial technology and arcane magic in a parallel universe, where soldiers of a Russian-inspired superpower fight for their liberty and their lives against the powerful forces of an evil Dark Lord and his ruthless assassin.


This gripping tale follows Sorceress Major Maya Antares and her faithful guardian, combat and weapons expert Kyuzo, who have devoted their lives to the service and defence of the United Republics of the Red Star (U.R.R.S.). Under the command of Skymarshall Urik Antares, Maya and Kyuzo have led the crew of the Skyfurnace Konstantinov through countless battles. But now, while entrenched in the war to control the rogue Republic of Nokgorka, Maya and Kyuzo meet a Resistance Fighter named Makita. This ferocious young warrior holds the key to a dark conspiracy that reveals the entire U.R.R.S. to be under the control of the Dark Lord Imbohl and his chief assassin, Troika, the Harvester of Souls.

Makita, Kyuzo and Maya unite to defeat Troika's tyranny as the Konstantinov and crew mutiny from the Red Fleet. Troika, at the helm of the fleet's flagship vessel the Taktarov, unleashes a deadly assault to bring the rebels to heel. Under the watchful command of Urik and Maya, Kyuzo and Makita embark upon a final fight to unite the scattered Republics of the Red Star and liberate them from Troika's rule.

"The Red Star is an accomplished and exciting title that we're thrilled to be bringing to gamers," said James Ellingford, International Managing Director of Take-Two. "Its unique combination of combat and shooter gameplay styles and the rich universe of its comic book heritage delivers an experience unrivalled on PlayStation 2."

The Red Star for the PlayStation 2 is rated PEGI 12+ (Tbc) and will be available in the UK on 6 April 2007 for Ł19.99. For further information, visit www.redstargame.com
Companies: Take 2 XS Games
People: James Ellingford
Games: The Red Star