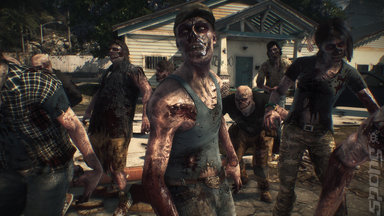 E3 2013
The mystery behind a giant Xbox One has been solved. Well, not solved, exactly. There was no sleuthing involved. It just opened up and loads of zombies spilled out...

The move was a cross-promotion with Capcom's Dead Rising 3. There was a little more to it than unleashing zombies on an unsuspecting Vancouver, though. Once the undead had cleared out, there were a load of Xbox Ones serving as demo stations for the public to try out.

Have a look at the vine below: