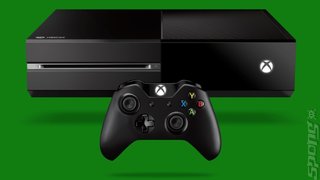 When asked about the nickname 'Xbone' for the Xbox One recently, Microsoft salesman 'Major Nelson' opined, "I don't like it...it disrespects the teams that have put in thousands of hours (already) into the development of the product. Sure, it's cheeky but I don't care for it myself." Tough.

Tough because Microsoft's bigwigs liked it so much that they bought the domain. At least that's what the latest WHOIS records show:

Reverse Whois: "Domain Administrator" owns about444,202 other domains Email Search: is associated with about 100,642 domains
is associated with about 56,308 domains
Registrar History: 2 registrars NS History: 5 changes on 5 unique name servers over 4 years. IP History: 8 changes on 7 unique IP addresses over 8 years. Whois History: 97 records have been archived since 2007-07-03 . Reverse IP: 95,714 other sites hosted on this server. Log In or Create a FREE account to start monitoring this domain name Preview the complete Domain Report for xbone.com

Hilariously the records also show that the domain itself was created in 2000!

Takayoshi 28 Sep 2013 10:30
2/5
Well i have played both and let me tell you PS3 are much beettr.People might say xbl might hve a bigger online community than PSN BUT theyre almost equalbcoz of the PS3s Playstation Home..its a massive world built into the PlayStation Network, Home is Sony Computer Entertainment's virtual world for PlayStation gamers. With an avatar uniquely customized according to ur preference, u can explore the 3D community that is Home, a sleek, modern environment featuring spacious common areas, custom spaces dedicated to specific games, and personal apartments. Everything can be customized to your liking with items you collect or purchase.Not only is Home your home online with PlayStation 3, Home is also a vast network of communication for PlayStation users. Browse the Hall of Fame for trophies players have collected in various videogames, or just hang out in a virtual outdoor lobby to talk with text and voice. Other features in Home include a theater where the Home world also users can watch videos from one users' collection together, a series of mini-games that players can play, and much more as Home evolves.~Price For $ 300-$ 400, you get everything you need in a console. It has bluetooth, wifi, free online service, netflix, Life with PlayStation, PS Home and more for just that one admission tag of $ 300. All of those named above and much more is available for no extra cost.~Reliability Under 10% compared to the above 33% and possibly 54% (estimation) on the XCOX 360, you won't have to worry too much about your PS3 breaking.~Life Cycle It will last you longer than any console you have right now. Launched in 2006, the PS3 will go on well past next year and into 2016 and beyond. The Wii is expected to get dumped for a new Nintendo console by 2011 at least, while the new Microsoft console is also expected for 2011.~Online Service PlayStation Network. It's free, it's fun, it's lag-free and it constantly grows. When signing up, you get treated to PlayStation Home, free demos and videos, movies, TV Shows, music, Netflix and more. PSN runs on dedicated servers, which gives gamers an almost entirely lag-free experience. Only downside is that the developers choose when they want to bring their servers down.~Games The PS3 now has the highest rated exclusive game of all time (Uncharted 2: Among Thieves). Other AAA titles/franchises include:Metal Gear Solid 4LittleBigPlanetMotorStormResistanceKillzone 2Demon's SoulsNinja Gaiden Sigma 2inFamousRatchet ClankWarhawkMLB: The ShowHeavenly SwordDemons Soulsas well as upcoming titles (TONS of RPGs coming, and great current ones). Those games up there are just some that I would recommend to you. Very well worth it.MAGAgentFinal Fantasy Versus 13White Knight ChroniclesHeavy RainGran Turismo 5God of war 3 also 1 and 2 in HDHighly recommended. It will be the longest-lasting, most feature-packed and future-proof $ 300 you will spend in a very long time. I've played countless hours on both. It's also a much easier transition going from a lower end console to PlayStation 3, considering the power of the console, and the fact that it supports keyboard and mouse play.hope this helped
more comments below our sponsor's message

Jackson 29 Sep 2013 11:23
3/5
Better blog Some habits are good for you and<a href="http://izqlvglxv.com"> ohrets</a> are not. The same is true for your blog. Some of your blogging habits, meaning those things you do repeatedly, are good for you and your blog s growth and improvement while<a href="http://izqlvglxv.com"> ohrets</a> are distractions that stop you

Cristiano 30 Sep 2013 02:23
4/5
Bodybuilding Diet Plan For Men I like this website very much, Its a real nice <a href="http://mrzggnxjnp.com">siuattion</a> to read and receive information. The tragedy of life is what dies inside a man while he lives by Albert Schweitzer .

Cwazy 1 Oct 2013 01:21
5/5
Super article I do trust all the ideas you ve oferefd on your post. They are very convincing and will certainly work. Still, the posts are too brief for newbies. May you please lengthen them a bit from subsequent time? Thank you for the post . http://nipslaskgv.com qonfbqmt [link=http://wlooiqm.com]wlooiqm[/link]
Posting of new comments is now locked for this page.