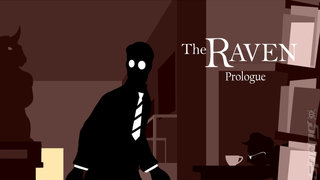 Nordic Games has released a free interactive graphic novel to tease players into the world of its upcoming adventure game, The Raven - Legacy of a Master Thief.

'The Raven Prologue' can be played on browser, iOS or Android, and sets up an intriguing premise for the detective thriller. Players follow the French investigator Nicolas Legrand, as he tries to thwart The Raven's plans and attempts to capture him red-handed.

The Raven - Legacy of a Master Thief is launching on digital download platforms on PC, Xbox 360 and PlayStation 3 on July 23. It's an episodic game, so future chapters will come later. Here's a trailer from Gamescom last year that you can watch to get a taste of the game.