Guitar Hero and Rock Band had too many versions. 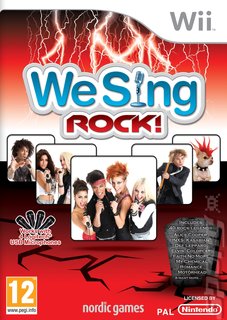 The senior producer of We Sing has told SPOnG that dancing games could soon hit the same over-saturation problem as instrument games Rock Band and Guitar Hero did last year.

Kevin Leathers said that, while We Sing has become the definitive karaoke series on the Wii platform, it will not suffer the same fate. "I always see singing games as an evergreen sort of thing.

"Obviously Guitar Hero and Rock Band have reached quite a saturation point, where you have too many versions for people to keep up with. I personally think dancing games has a real problem with that as well. [With karaoke games], there?s very much a natural party feeling there - everyone knows what you do with a singing game.

"I think it?s that kind of accessibility - as long as it remains fun, easy to get into and has nice and simple gameplay, people will always want to play it."

The comments come as We Sing Rock prepares to launch on the Wii at the end of the month, and as Ubisoft's Just Dance 3 and Harmonix's Dance Central 2 arrive to battle for the Christmas party market.

Nordic Games doesn't have to worry about competition on the Wii, however. "I think we?ve become ?the? singing game on the Wii, to be fair," Leathers said. "Hopefully we?ll keep that momentum going for as long as possible.

"There was a fair amount of competition when we first started with We Sing and We Sing Encore. There was U-Sing and a number of similar products. I think they were probably too worried about trying to do too much with what they had. I don?t think they were expecting millions and millions of sales, so probably decided not to carry on because of that.

"We seem to have hit a stride with We Sing, and it still seems to be going quite well for us. We?re very proud of it - especially with UK Hits, that came out a few weeks ago. Our games seem to have gone down a storm."

Leathers confirmed that his studio was looking into the Wii U platform for future releases.
Companies: Nordic Games
Games: We Sing Rock!