Xbox Live for Android and Apple

Microsoft wants to extend its reach to mobile beyond Windows 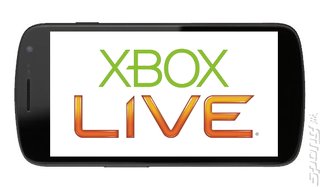 Microsoft is planning to extend its use of Xbox Live (including, for example Xbox Smart Glass) into platforms competing with its own Windows Phone platform.

So far, forays into iOS and Android devices for Xbox Live applications have been half-hearted. However, the Windows Phone system is making limited impact into the second screen, Microsoft has now apparently decided to go hell for leather.

It also quotes a job listing:

"We will create a modern framework that is open-source, lightweight, extensible and scalable across various platforms including Windows Store, Windows Phone, iOS, and Android.

The reason for this initiative is that "Microsoft is aiming to win back game developers from its competitors by making Xbox Live a lot easier to integrate into apps and games."

Via The Verge
Companies: Microsoft