The Greatest PSP Non-Story Ever Told 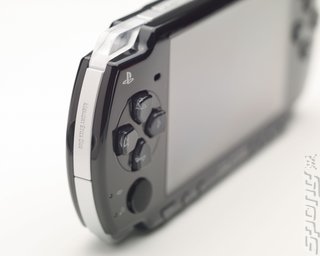 We are well aware that watching a story run past without leaping on to it for dear life can result in readers heading elsewhere - possibly to a 'Top 10 Things About Gaming That Are Blue' list. But we've got to put our hands together for Edge Online with its recent coverage of the UMD-less PSP-2 tale.

In a story called 'Ready At Dawn's Two Cents on PSP Rumours' It managed to quote Didier Malenfant of Ready At Dawn (Chains of Olympus) making the following insightful comment regarding the 'new' hardware:

"You know, the way these things work is that, ironically, even if there was a new PSP in the works we would probably be the last people to find out about it".

So, did they leave it there? Nope, the coup de gras was, "I really have no clue what Sony's plans are."

So, not really two cents then? Yes, we're bitchy this morning and no mistake.

Mar|'15
The Order: 1886
Feb|'14
The Order 1886 Gameplay Vid: Percival and Galahad in Action
Jun|'13
The Order: 1886 Development Was in Limbo Until PS4 Kits Were Released
Oct|'09
Ready at Dawn Studios Releases Middleware Engine