The questions you wanted, answered inside? 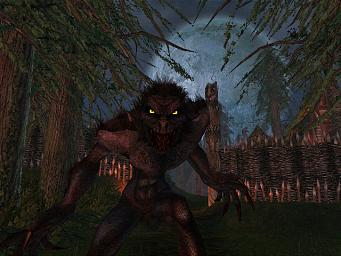 We were lucky enough to enjoy unrestricted exclusive access to Lionhead Studios this week to view what is shaping up to be one of the biggest and most controversial games on the planet.

In the first part of our exclusive interview, Populous creator and gaming stalwart Peter Molyneux deals with some of the burning issues playing on the minds of Xbox owners around the world.

Question: The character ages in Fable. How does this work?

Peter Molyneux: This was something close to the heart of the entire development team. However, there are problems with this. You can?t just wait around for years in game-tie, that would be ridiculous. So we implemented events in the story that age the character. For example, you can get thrown in prison. Instead of escaping the next day, you have only one opportunity per year to escape. And every year you?re inside, you age, your clothes become haggard, your beard and hair get longer? This means that some people will take one year to escape, others ten years? That?s the key to aging in Fable.

Q: Is it possible to grow old and die without completing the quest?

PM: No. We allow the character to grow old, but in growing old, you don?t become more feeble, you become more skilled. Magic skills for instance increase with age. You?ll never be too old to play, to have to get out of bed and crack your back in the morning. Let?s put it this way, you won?t have to warm up before going into combat. But there will absolutely be aging in Fable, it?s very important.

Q: How much has Fable cost to develop? How much is allocated for it in total?

PM: I?m really? I mean, that is an interesting question. There?s 60 people working here all hours on it, then whatever Microsoft pays? We?ll leave it at that.

Q: Will there be Xbox Live support in Fable during its lifetime?

PM: I?d have loved to put Xbox Live stuff in there but it just came through too late. The answer to that is, rather than force it into Fable 1, I?d rather put it in Fable 2.

However, instead of Xbox Live in Fable, what we are supporting is the ability to save your character to memory card and take it into a friend?s world. Fable will support four-player simultaneous multiplayer.

Q: So, is Fable 2 an Xbox 2 launch title? Has preliminary production already started?

PM: That?s a tricky question as no one really knows when the next generation of hardware is coming out. Developers usually know first, but only by a day or two? They can?t keep their mouths shut, so no one tells them anything.

Q: What are the chances of seeing Fable on PC?

PM: Well, we?d love to do it and I understand that it seems a natural thing to do. You need to understand that it?s a console RPG and we?ve spent a lot of time making sure that it?s a really great game for the Xbox. It?s made for the Xbox controller and it may sound easy to just put it on PC but that would miss the essence of the game. In the same what that PC games often don?t sit on home consoles that way, it would be a shame to have to force Fable on to the keyboard and mouse set up, or other PC set ups.

Q: Now for the numbers. People were outraged when they saw the red numbers floating out of characters during the X03 demo as previously you had stated that this would never be the case. What?s the deal with that?

PM: Argh, the numbers! Let me just explain that the numbers seen during the X03 demo were not balanced at all, there were just slapped in at the last minute. Let me explain the problem. We went back to the drawing board and looked at using X attack against Y combatant. How do you display the damage inflicted? The best way to show this isn?t a little bar, it?s a number. You need to know as a player how much damage you?re doing. There?s different weapons with different augmentations so at the moment we?re working with the numbers, that you can turn off if you want.

Q: What about using a physical, visual depiction of damage.

PM: Well absolutely we could do that. But you need to know exactly what?s happening. If you?re stabbed by a sword, is it fatal, just a flesh-wound? We have been looking at blood-splats and direction blood-loss. For instance, if you?re in a room surrounded by 10 bandits, when that battle?s over, the room should look like a butcher?s shop right?

[Stay tuned, right here. We?ve got some amazing news concerning this aspect of Fable that will blow your mind]


Still to come: The freedom of Fable explained. The tycoon elements, trading, screenshot quality issues, gay marriages and more. Check back tomorrow for more world-beating behind the scenes access to Fable!