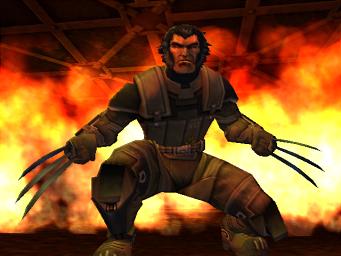 Wolverine's Revenge - Holland's last published title
With great regret, Virtucraft has today announced the passing of new recruit and well-respected artist Martin Holland, who died suddenly on Friday, August 15. Though Holland had only been with Virtucraft Studios a few months, he was a well-known figure in the north-west development community, having spent long periods of time at Creations, Gene Pool and Icon Design/Lothlorian, where Virtucraft's MD, Brian Beuken, first met and worked with him some 12 years ago.

"A typical computer and gadget geek, he liked nothing more than spending his entire life in front of a screen making games or playing them," said Beuken. "His unassuming and jovial manner hid an awesome talent for shifting pixels, that really set a standard which others could only keep up with, never quite matching, before he leapt ahead again. His encyclopaedic knowledge of games, almost all of which he owned, was always useful when discussing so called new ideas and innovations.

"To lose someone with such talent and at such an early age, is a loss to the industry as a whole, our thoughts are with his family and friends at this time. He will be sorely missed."
Companies: Virtucraft
People: Brian Beuken Martin Holland

Sep|'01
Confused About the Follow-Up to Prince Naseem Boxing? You Will Be…