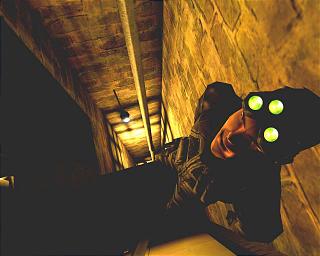 Splinter Cell
All Images (4) »
Microsoft Games Europe has revealed what games Xbox Live will be launching with when it hits retail next month. Despite harsh localisation issues, MS has provided a strong day one line up.

There will no doubt be a substantial song and dance nearer launch day, so expect more, including an interview with Xbox godfather J Allard, in the run up to March 14.