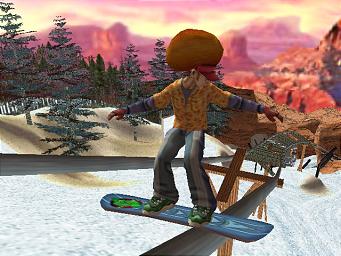 SSX Tricky
All Images (5) »
Microsoft has made the unprecedented move of releasing a budget range in the US, a little after a year since the machine launched in the region. Carrying the Sony-infuriating Platinum Hits moniker, sixteen titles will be available for the staggeringly low price of $19.99, which converts to just over Ł12.