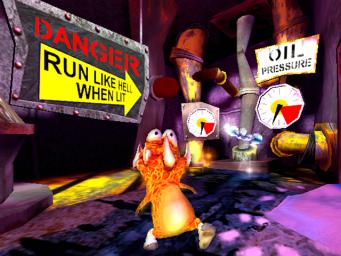 Whacked!
Over at this year’s Tokyo Game Show, Microsoft’s Japanese Xbox team has announced its plans to launch Xbox Live, the online gaming service for its Xbox console into the region.

The American software creator has slated January 16, 2003 as its online launch date and in doing so, revealed what consumers in Japan can expect from the service on day one.

For a start, each Xbox Live Starter Kit will contain a six-month subscription to the service and the Xbox Communicator headset, as seen in the American bundle. However, to entice the somewhat sceptical Japanese gaming community, two games will be thrown in to get players started. One is a Mahjong game called Xbox Live Mahjong and the other is the celebrated Sonic Team RPG Phantasy Star Online Versions I and II.

Other games to hit on day one include Thousand Land by From Software, Microsoft’s Whacked, Capcom Vs SNK 2 EO, Midtown Madness 3 and Muzzle Flash from Victor Games Japan.