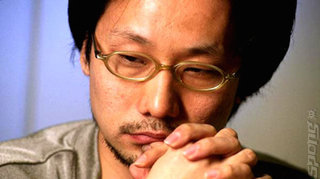 Poor old Metal Gear man Hideo Kojima; he's depressed. Not about the state of Iraq, nor Brazil's terrible result against Mexico; not even about the general state of sexism and racism in video games. Nope, GTA V on PS4 is getting him down.

"What Rockstar has created and the world they have created is super impressive, and actually when I saw the PS4 version a few days ago I got depressed again. And this is not game design-related, it's just me. The quality that they showed in the PS4 trailer was really impressive," says Sad Kojima.

He was chatting with CVG about the fact that with Ground Zeroes and The Phantom Pain he is making his first 'open world' games, along the lines of later GTA titles.