Gloves off and no fear of offending Microsoft here... 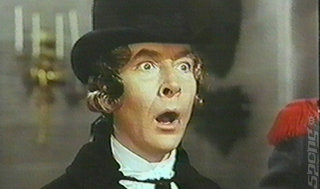 Hideo Kojima is bigging up Metal Gear Solid V: Ground Zeroes obviously (he invented the cultish and legendary MGS series) but he's also handing out praise in the console war.

This is strange and interesting due to the almost entirely beige and vanilla nature of most AAA game makers today as they attempt to upset no one (aside from the odd outrageous scene in a game that will get some media attention). Offending either Microsoft or Sony however is usually a huge PR No-No. So, let's see how Kojima played it.

"I think, between the home consoles available in the domestic market, the PS4 is the best. It?s also excellent for graphics, being able to render 1080p at 60fps with room to spare. Since it does it a little better than other hardware, the image quality of the PS4 is the most beautiful. It?s the closest to the photorealistic quality we are aiming at."

He was talking to Famitsu (via DualShockers)
Companies: Kojima Productions
People: Hideo Kojima