No, we mean 'wait' because you're going to have to. 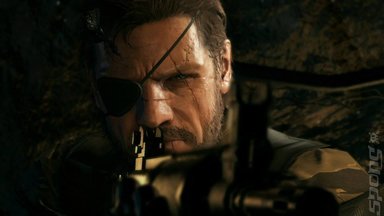 Kojima has been talking to Famitsu about why Metal Gear Solid V: The Phantom Pain has to have that second (or first) part. He says rather sadly for us all in its predictable nod to Hollywood movies.

?If I were to put it in Hollywood movie terms, the prologue, that is Ground Zeroes, would be similar to the first 10-15 minutes that are meant to ?captivate? (the audience). ?At first, something will happen, then the title will appear like ?bam!? and then nine years later, a big event will be the start (of Metal Gear Solid V). That?s how the story will be connected.?

And it gets more depressing...

?So, together with the marketing staff," he said, "we consulted ?what ifs? and such, and came to the decision of allowing fans to at least play the prologue, ahead of time. We want to offer it for as cheap as possible, so at first we thought about making it as a download only; however, after thinking about people around the world, and how some places don?t have the best connectivity, we?re preparing a physical version.?