Ex-Valve man and Counter-Strike creator discusses the future of the past... 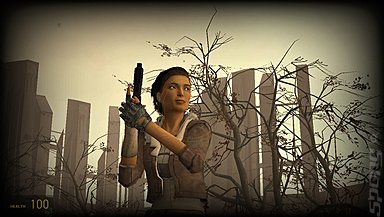 Counter-Strike co-creator and ex-Valve man Minh "Gooseman" Le has stoked the fires of hope with statements regarding Half-Life 3 and Left 4 Dead 3 in a recent interview.

"There's like a laser sight on my head right now!" he said to goRGNtv (video below) when asked about HL3 "I don't think I can talk about that, to be honest, but I think it's kind of public knowledge, that people know that it is being worked on. And so if I were to say that yeah, I've seen some images, like some concept art of it, that wouldn't be big news to be honest."

He goes on to state, "But yeah, I mean like I guess I could say that I did see something that looked kinda like in the Half-Life universe. And I mean it wouldn't surprise anyone if I said they're doing it, they're working on it, yeah. So to go on a limb I'd say I did see some concept art for Half-Life 3."

As CVG points out though, "The concept artworks referred to may be those which leaked in 2012, and were created in mid-2008."

As for L4D3, " "I saw it, it looks great. I was really excited when I saw that, I was like 'wow, this looks great'. Because I really enjoyed Left 4 Dead, it was just one of those games that really just changed the industry. I think at the time there wasn't many good co-op games, so yeah, this is a great co-op game."