But Microsoft claims he is mistaken 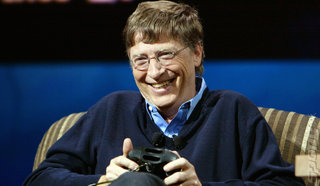 Microsoft founder, Bill Gates, has confirmed that new CEO Satya Nadella does in fact want to sell-off the Xbox property and associated products.

Speaking in an interview with the Fox Business Network (which you can see below), Gates is asked if he would support Nadella if he wanted to spin off the Xbox division. His response is direct and leaves little room for interpretation. He says: "Absolutely."

In terms of Microsoft and gaming, at around 26 minutes in Gates talks Xbox - and specifically whether it makes sense to 'spin it off' (sell it),"Well, we're taking PC gaming ? Windows gaming ? and Xbox gaming and bringing those a lot closer together.

"The power of the PC graphics chips means you can do great games there. So I'm sure Satya and the team will look at that, and, you know, it's up to them. But we're going to have an overall gaming strategy, so it's (spinning it off) not as obvious as you might think."

Gates is, of course, managing to say two things at once: Yes he would decisions made by the new CEO (such as supporting selling off Xbox) but no he doesn't think it is the obvious thing to do.

Microsoft has, however, leapt to deflect the comments with Communications chief Frank Shaw telling Eurogamer that Gates' comments "were reflective of his support of Satya as CEO", and reiterated its support for Xbox.

"As Mr. Gates noted, Microsoft is committed to gaming across multiple platforms with Xbox as the centerpiece of our gaming strategy," Shaw added. "We remain committed to Xbox and the millions of Xbox fans around the world."