Bioware: Developing Down for Console

Dragon Age: Inquisition has to make compromises for PS3, PS4, Xbox 360 and Xbox One 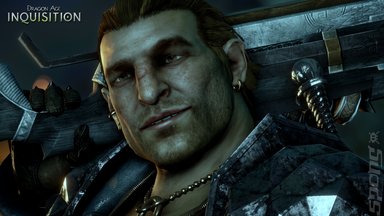 Dragon Age: Inquisition producer, Bioware's Cameron Lee, has explained that developing for console can be a bit of a chore compared to the might PC.

Knowing that visually and in terms of the sheer number of assets that can be used at any time, Cameron's stated that, "Our goal with the 360 and PS3 is to not change the gameplay experience. If we have to do it, we'll do it, but it shouldn't be dramatic differences in terms of core gameplay. What you're more likely to see is that we'll take the visual quality down.

He went on to tell Ausgamers, "We have to take it down anyway, because you can't do the stuff we're doing on the old platforms, but that's the job we have in development. Core gameplay like changing the world and NPC interactions and emergent AI, that's a balancing act but I think we're pretty good on that.

"Being CPU-bound and then being GPU-bound on Gen-4 already--you know, we've pushed it to the limit--we'll come down from that for the other platforms. We haven't started optimisation yet though we're starting to think about it, but we're not going to let that stop us from making a brilliant game. We'll work out ways to bring it down without impacting too much. "