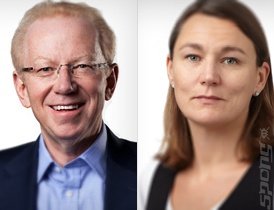 Future plc (aka Future Publishing) Chief Executive Mark Wood is "standing down from the role and will take a non-executive directorship on the plc Board." Given that a year ago Future's share were trading at aournd 20p and are now at just over 7p, this isn't a huge shock.

Future publishes CVG, PC Gamer, Games Radar, Edge and GamesMaster within its portfolio of games magazines and websites. It has also forked out millions of quid for cycling websites.

The official word is that the venerable mag company's CEO since 2011, "hands over to current Chief Financial Officer Zillah Byng-Maddick, who takes over as CEO on 1 April.

"Zillah joined Future as CFO in November 2013. She was previously CFO and interim CEO at Trader Media, publisher of Auto Trader, prior to which she was CFO and latterly MD at Fitness First.

"Mark was appointed Group CEO in 2011. During his time in charge the company emerged as a digital leader in the UK."