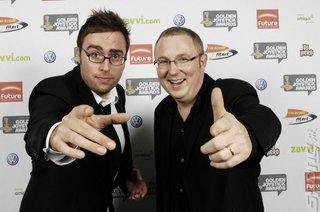 Binns joins other high-profile departures including Spring and COO Robert Price who left the company with immediate effect last September.

Binns desk isn't going to be uncluttered for long, however, as his role is to be taken up by returning Futurite - and GamesTribe founder - Richard Keith.

As for Richard Keith, who may or may not be on staff to bolster Future's digital offerings with his GamesTribe experience, he goes with, ?I am thrilled to be back at Future and to get the opportunity to publish Edge, PC Gamer and the Xbox portfolio and work closely with our US team on exciting expansion plans."

All of that, of course, looks highly dead-tree. He then gives some indication of future direction...

"I?ve enjoyed launching and building up The Games Tribe and I return to Future with a new range of skills and a clear plan on how to make the most of these key gaming brands within Future?s peerless Entertainment portfolio.?

Given the company's recent financials and rounds of redundancies and departures (as well as Future's recent connections to the Gawker network), that peerless portfolio is indeed in need of some bolstering.
Companies: Future Publishing