Phil Harrison: How Xbox One will Win

Microsoft man lays out the future in the face of 'harsh' questioning. 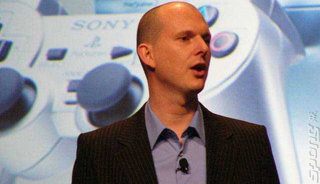 Phil Harrison: platforms are good.
Former Sony and Atari leadership character, Phil Harrison is now at Microsoft. And he's going into bat for Xbox One. No surprises there as Phil is a Corporate Vice President for Microsoft Studios across Europe.

As far as Phil is concerned, as far as Microsoft's Xbox One is concerned, "We have a larger platform-dedicated development resource than our competitors combined. So all of that goes towards the fact that the best games with the best technology are coming exclusively...", oh, no, that's what he said about PS3 before he resigned from Sony and went to Atari. This is what he's saying about Xbox One:

"Things are going great. It?s the fastest, most successful launch in our history. Titanfall is blowing the doors off, literally and figuratively. Great engagement, just fantastic proof of users not only buying Xbox One, but using it in a very engaged way. More than five hours average use per day, which is amazing."

This answer was followed up by another question or five from the hard-hitting Dean Takahashi at Venturebeat. Dean asked:

What would you highlight at this stage of the console cycle? How well are things going?


And that was in one question.

Is it a wide open door, basically? Everyone who wants to try something can find a way to get on the platform?

And then he hit really hard:

Sony seems to be ahead in console sales for the moment. What?s your view on how that?s going and how you can catch up or overtake them?

Phil Harrison, obviously knocked back by this forensic journalism about catching up and overtaking rather than why on earth Microsoft was playing catch-up and then what was it going to do, responded:

"We?re 120 days into our platform lifecycle. You know better than anyone that this is a marathon, not a sprint. We?re happy with our plan. We?re happy with the performances of our key franchises and key partnerships, most notably Titanfall in the last couple of weeks. You can see independent surveys and studies showing our sell-through doubling in the U.K. as far as hardware. We have a fantastic lineup we?ll reveal more of at E3 and beyond. We have a lot of great surprises to come."

What do you reckon? Are you happy with questions and answers like this? Tell us in the comments.
Companies: Microsoft
People: Phil Harrison