Xbox One Loses Another Leader 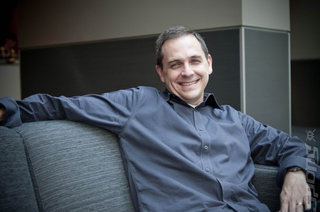 Xbox?s chief product officer Marc Whitten has gone. He's left the company and his brand. This is no, "Handed in his notice, will be leaving in three months" schtick either.

Whitten's departure follows that of Euro Xbox leader Chris Lewis, and was announced as follows: "Following the launch of Xbox One, the most successful launch in Xbox history, and the recent launch of Titanfall, the most anticipated game of this generation, the Xbox team is sad to share today that Marc Whitten, Chief Product Officer of Xbox, will be leaving the team to become Chief Product Officer of Sonos."

For his part, Whitten said, "I have had the extreme pleasure over the last 14 years to work on the greatest product with the greatest team and for the greatest community,? said Whitten. ?Xbox is so special because of the amazing team I?ve had the opportunity to work with and because our fans are the most incredible fans on the planet. It has been the highlight of my career to work on a product so loved. It?s incredibly tough to leave but I am confident the best days are ahead for Xbox fans, in the capable hands of a very talented team.?

Jan|'14
First Big Xbox One Update to Fix Social Features
Aug|'13
No Plans for a Kinect-Free Xbox One Confirmed
Jul|'13
Microsoft on Xbox One: Shame
Jun|'13
Microsoft: We're Still Heading for an Xbox One Digital Future