Microsoft: "Too Risky" to give Xbox One Update Timing

Hryb will share more information when he has it 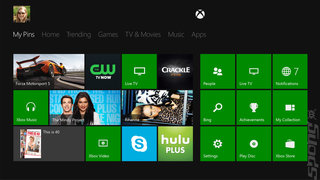 It's three days since the Xbox One update was supposed to hit, but there's still no sign of it. At least Microsoft frontman Larry 'Major Nelson' Hryb has told us that he's not telling us when we're getting it, though. He says he doesn't want to give a date. "Too risky".

"I don't have all the details," Hryb said. "Things are moving quickly and all the teams are working extra hard. I don't really like giving dates either. Too risky."

Looking further down the line, Hryb said, "We've got a lot of great stuff in store for Xbox One. It took years for the Xbox 360 to become a mature, feature laden platform. We've got the same long game planned for the Xbox One."

Blu-ray 3D support is among the planned features further down the pipeline, but Hryb remained non-commital about when. "It is on the list. No timing yet."