But there is a fix in place for Xbox One TV fans. 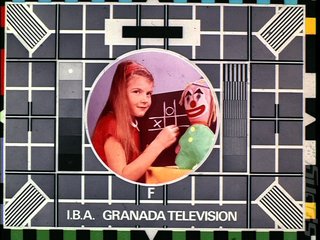 One of the big deals about Microsoft's attempts to get the Xbox One into the living room as an Entertainment System rather than simply a good, solid games console was the ability to use it as a pass-through for your HDMI-equipped satellite or cable TV box. This isn't working out wonderfully in the UK.

Basically, as one report puts it: "Xbox One TV Integration Broken For UK & Europe: Sky 50Hz Stutter". But let's put some fffff-lesshhhh on that b-b-b-b-bone.

A report by HDTVtest states that, "One of the most heavily advertised features of the Xbox One is its ability to integrate live TV feed from your set-top box, be it terrestrial (Freeview HD), satellite (Freesat or Sky) or cable (Virgin Media) broadcast. However, since receiving their consoles yesterday, a number of British owners have complained about the TV integration feature being broken, due to the introduction of judder with 50Hz content...

"The problem is that the native frame rate of the Xbox One is 60Hz, but the United Kingdom and Europe use a 50hz broadcasting system, which is the result of the historical use of PAL and SECAM analogue broadcasting systems. To display a 50Hz video signal on a 60Hz system, a process called frame rate conversion (FRC) needs to take place, which at the best of times will incur some judder. Depending on the implementation and also the original resolution (720p or 1080i), viewers may notice dropped/skipped frames or stutter especially during panning shots in fast-action sports material such as live football broadcast."

Happily there is a bit of a workaround that you can find here that will force your Xbox One yo Output 50Hz To Fix UK TV Judder.
Companies: Microsoft