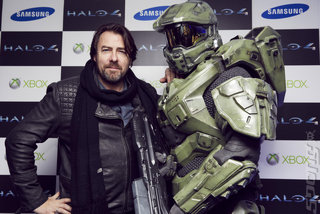 In what looks like a massively successful bid to secure the middle class, middle aged, 'zeitgeisty', B-list celeby demographic so long overlooked by other console makers, Microsoft has taken on talkshow host Jonathan Ross.

Ross, who famously loves comics and cartoons and games and movies and books and robot toys and Japanese things and more toys and robots (much like the rest of us to be fair) is going to be employed by Microsoft Studios as an executive producer.

According to Phil Harrison, the man responsible for creating great games for Xbox One: "We wanted to bring in new talent that would challenge the way we build games and the way we think about what an audience is and what is entertainment," he said.

Ross has a track record in games, a short track but still a track; his production company Hotsauce mde the iOS game Catcha Catcha Aliens.

According to Eurogamer, Lee Schuneman, boss of Microsoft Studio Lift London also pointed out that, ""Our ambition is to create these new experiences that join TV and gaming together." Ah, that.
Companies: Microsoft