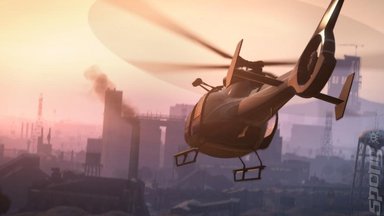 It's retail giant Amazon's 15th birthday today, and to mark the occasion the company has revealed both its fastest selling game ever and its Top 10 bestsellers.

Based on the first day of pre-order sales, Grand Theft Auto V is the comany's fastest seller. You might reasonably expect it to climb to the top of the list of bestsellers given a bit of time, too.

Call of Duty occupies the top three places of the bestsellers chart, although Amazon didn't reveal numbers. FIFA's done well too, and so has... Zumba Fitness. Amazon gave it a special nod for not being multiplatform, but the game was actually released on Wii, PS3 and Xbox 360. Here's the list: