Always has the 'Final say' though 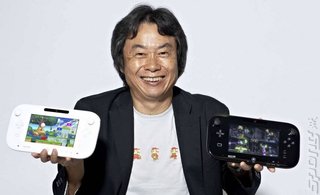 In a recent interview for the 100th issue of Official Nintendo Magazine, Shigeru Miyamoto spoke about how he's stepped down and entrusted a series of producers with Ninty's key franchises.

He isn't quite sat in a great armchair wearing a dressing-gown and smoking a pipe just yet though - he's still overseeing all the projects and still has the 'final say', apparently.

During the interview, he said: ?As you saw at our presentation at E3, Mr Aonuma chased me off stage? he doesn?t need me any more! The final responsibility for the title still comes down to me and I?m still involved in the games, but I?m definitely able to leave the series up to him in a way.".

?I don?t have to look at every minute detail of every game any more. I know there?s going to be the level of quality that we expect under his supervision.?

He went on with ?Similarly we have Koizumi-san, who?s the producer or the Mario series and it?s the same type of situation. And certainly Konno-san with Mario Kart, too. And Mr Eguchi, producer of the Animal Crossing series. These are the main producers that we?ve trained who are talented enough and we can allow them to oversee the project and manage all the details and still maintain the Nintendo level of quality.?

While we're on the subject of Nintendo, it's no secret that the WiiU hasn't been doing so well... Nintendo thinks Zelda is it's saving grace - read here.