Time magazine breaks the embargo... we have the text 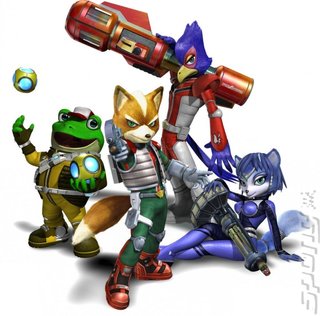 Shigeru Miyamoto has confirmed that classic Nintendo title, StarFox, is to remade for the Wii U. This is not an act of desperation as imagination runs dry. This is healthy nostalgia damn it.

The news came in the form of an embarrassing cock-up by the mighty Time magazine, which ran an interview with Mr Miyamoto ahead of Nintendo's own announcement today at 5pm. The interview has since been pulled. But...This is what it said:

"In his new version of Star Fox ? still fundamentally a spaceship-based shooter ? players now use the GamePad's motion controls to aim and fire the Arwing's weapons, simultaneously controlling the nimble craft itself by thumbing the joysticks to accelerate or turn and pull off signature moves like barrel rolls, loops and the tactically essential Immelman turn. And you can still morph your Arwing into a land tank, rocketing down to the surface of a planet, then rattling around the battlefield and laying waste to the landscape.

"But Miyamoto and his team have added a new vehicle mode, one that's designed to exemplify the new motion control scheme: It lets up to two players pilot a helicopter-like craft, one player controlling the helicopter itself, the other controlling a tiny robot you can drop from a tether to roll around a limited area, either snatching up booty or blasting enemies. Leave the robot hanging as you fly around the battlefield and it becomes a kind of dangling, swingable cannon."