Molyneux is "Surprised That They?re Not Carrying on the Fable Story"

Saddened by lack of dog 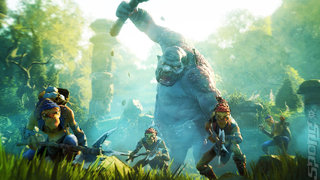 Former head of Lionhead Studios Peter Molyneux has said that he is "surprised that they?re not carrying on the Fable story" in Legends, the first game in the series to be developed without him in charge.

Molyneux told IGN he's surprised by the direction because, "I think there was a great prize to be won there.? Told that the new game will take place 400 years in the past, however, he said that that makes sense. ?It was kind of an arc that was gone through, and Theresa was exposed. Presumably there?s no Theresa.?

He seemed saddened by the apparent lack of inclusion of a dog, too. ?It?s a shame. They?re this emotional driver, this emotional engine. I mean, there was so much more that you could do with the dog, to focus on it being this thing that loved you, loved the player, and would sacrifice itself for you." He did note, however, that putting the do in the game is a huge amount of work. Molyneux said he at least hopes for a chicken.

He was a little less surprised by the fact that his former studio is using Unreal Engine for the game, rather than its proprietary engine and tools. He said that using in-house tools meant dedicating 20 staff just to the engine and that he could see the merit in freeing up those staff.

Molyneux said that he could understand the reasoning for not trying so hard to push those emotional buttons. "Doing an emotionally driven game is a very tough thing. We can probably count the games that have nailed that on less than one hand. It?s The Last of Us. It?s Half-Life 2. Maybe Fable touched on it. Doing that makes your life tough."