Whore of the Orient Footage Leaked 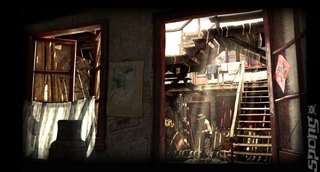 All Images (2) »
Just when you thought that Team Bondi's open world adventure outing, The Whore of the Orient - the follow-up to LA Noire - was dead in the water, a minute of it surfaces.


Back in April we reported that the game's development - now under the aegis of a firm called Kennedy Miller Mitchell - was facing problems. But then this happens...

Yup, UK site, Videogamer was sent this minute of what is alleged to be genuine gameplay footage sent from a trusted source: