Company sticking with much maligned peripheral 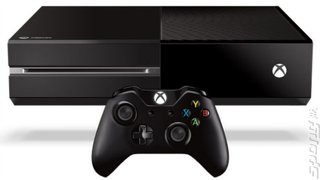 Did you guys read about the two new Xbox One SKUs that were hinted by an anonymous source yesterday? No? It's alright guys, don't worry about us, we'll wait while you catch up.

You back? Jolly good show. Well, that story you just read? It's been denied. A Microsoft spokesperson said that, ?We have no plans to introduce an Xbox One without Kinect. We believe in Kinect and the value it brings to both games and entertainment, and believe $499 is a great value for what consumers receive with their Xbox One.?

Is $499 really a great value though guys? Maybe having variation in the Xbox One bundles would help Microsoft in the war against Sony. After all, not everyone can afford over Ł400 for their next gen console. And then of course there's those people that worry about privacy issues due to Kinect being 'always on' - maybe it's time to back up and give consumers a bit more of an incline to choose your console...

What are your thoughts on the situation? Should Microsoft introduce some new bundles? Or should they stick to their guns and back Kinect 100%?

Microsoft say that Kinect "won't snoop on you", but who knows? Read the story here.