Mattrick thinks that people are wrong in worldwide internet usage. 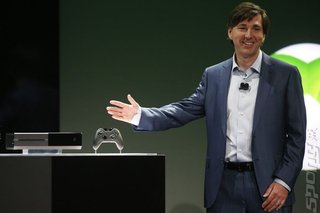 Microsoft doesn't think that the Xbox One's hardware-baked digital rights management is going to be a problem. In fact, the president of the company's interactive entertainment business, Don Mattrick, has said that he believes people's concerns about non-working internet connections and broadband reach are rather overblown.

"The average internet connection is working the majority of the day. People are imagining that it isn't, but I don't feel that's the world we live in," the exec said when defending the console's once-a-day connectivity requirement on GameTrailers.

"We appreciate the passion. It's important that people share their ideas, but people are imagining outcomes that we believe are worse than what it's going to be like in the real world. When we designed the box we paid attention to what it means to connect to the internet." He added that once people start using it, they won't exactly have a problem with it.

"It's something that when people experience it, it's easier than having someone like me describe it," he said, noting that the online checks was built into the console in order to make the hardware "future proof." To make his case, he pointed to the Xbox 360 and started talking about nuclear subs.

"If you have zero access to the internet then that [Xbox 360] is an offline device. Seriously, when I read the blogs and thought about who would be the most impacted it was a person who said, 'hey, I'm on a nuclear sub.' I don't even know what it means to be on a nuclear sub, but I've got to imagine it won't be easy to get an internet connection. I can empathise... I would be disappointed."

It's a shame that Mattrick glosses over the fact that, even if you couldn't connect your Xbox 360 to the internet, you could still realistically play games on it.
Companies: Microsoft
People: Don Mattrick

David Callier 12 Jun 2013 09:00
1/3
Wow! Microsoft really are clueless aren't they?! Perhaps someone from their PR department needs to pull their heads out of whatever hole they have them stuck in and have a word?

Blargh 13 Jun 2013 19:52
3/3
Microsoft moved Office to the "service" philosophy, so it's no surprise they're trying to do the same on their console.
Posting of new comments is now locked for this page.