No backwards compatibility for you! 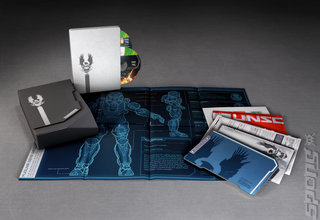 Remember when everybody thought Don Mattrick was a super-exciting and cool guy before he was blamed for all the early Xbox One marketing cock-ups? Before he went to Zynga? Back then Don made what appeared to be a very glib comment...

According the The Verge, "In a meeting in New York this week, Microsoft's (senior director of product management and planning at Xbox) Albert Penello didn't call the pursuit backwards, but he did concede that experiments with streaming solutions had proven too "problematic" to be rolled out to consumers."

He went further too.

"As for Sony's plans to use its Gaikai service to stream older PlayStation titles to the PS4, Penello said, "I'll be really interested to see how our friends in the Bay Area [at PlayStation] deal with this problem. But I can tell you, it's totally possible. We like it, we're fans of the cloud. We're not shy about that."

The problem is referring to is the fact the using the Cloud for backwards compatibility is, "really cool and really problematic, all at the same time, insofar as it's really super cool if you happen to have the world's most awesome internet connection. It works way better than you'd expect it to.

"So managing quality of service, the tolerance people will have for it being crappy. Can you imagine, in this day and age, with the bad information around, and we can't control the quality of that experience and make sure it's good, or have to tell people they can't do it?"

Joe 11 Nov 2013 13:29
1/2
Y would a company waste money for streaming backwards compatibility? If u still have to put ur discs and run ur games off ur old systems... Then why not just keep the old one hooked up as well?

Ramon 12 Nov 2013 14:05
2/2
@Joe Because the old one may already be broken but the owner may have a good collection of hisfavorite games, or he may even have unfinished games with badly scratched discs.
Posting of new comments is now locked for this page.