Xbox One: Indies Won't Be Able to Self-Publish Games 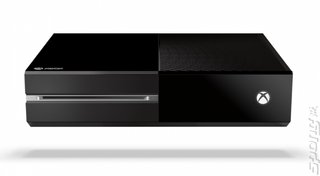 If it wasn't already clear, by the appearance of EA and Infinity Ward last night, that Microsoft is focusing on big-name partners for the Xbox One, this should make it crystal. According to a new report, independent developers cannot self-publish on the new console, requiring a deal with Microsoft Game Studios or an established third-party.

Matt Booty, general manager of Redmond Game Studios and Platforms at Microsoft, said in a recent interview that "as of right now" developers will still need a publisher to get their content onto Xbox Live. "We intend to continue to court developers in the ways that we have."

Although not exactly a ray of hope that this position may be reversed when the Xbox One is launched, Booty added that, "I would expect that for this new generation, that we're going to continue to explore new business models and new ways of surfacing content. But Microsoft Studios is a publisher that works with a wide range of partners, as do a lot of other people, to bring digital content to the box."

At present, Microsoft and Sony allow developers to self-publish their titles on their respective current and next-gen consoles. Sony in particular has been particularly aggressive in chasing independent developers to create content for its upcoming PlayStation 4.