It does allow pre-owned, you just can't share games with mates. 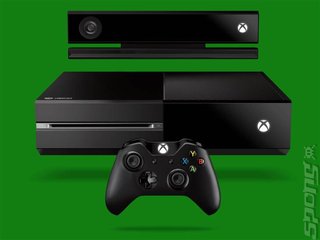 Microsoft suffered a little bit of PR chaos last night as it appeared to announce that the Xbox One would not allow the use of pre-owned games - before struggling to clarify the message in a flurry of mixed messages from different executives.

It all kicked off when Wired reported that all Xbox One games will require installation to the console hard drive, tied to a user's individual Gamertag profile. It was reported that if an already-installed disc was inserted into a separate Xbox One, the user would need to pay a fee in order to play it. This makes lending physical discs to friends practically impossible.

But it was also suggested, as a result, that second-hand games would be locked out, due to the nature of one-time installation on each user's console. Microsoft quickly moved in on the piece to 'clarify' the details, but only went so far as to say that "the company did have a plan for used games, and that further details were forthcoming."

Fellow reporters then spilled forth to add further details that Microsoft seemingly could not; that installed game licenses would de-activate on a user's Xbox One if they decided to sell the game on, allowing for a second-hand buyer to access the same game without paying a fee.

Microsoft further commented on the situation, by simply saying, "We are designing Xbox One to enable customers to trade in and resell games. We?ll have more details to share later."

Finally, after all this confusion, Eurogamer managed to pin down exec Phil Harrison to explain exactly what the deal was. He, too, wasn't totally forthcoming with details, but "was able to confirm that a second user can install a game from a friend's disc for a fee, though it's unclear how much this will be. Harrison also confirmed that several users sharing a console can access the same game at no additional charge, and Microsoft has 'a solution' for the resale market."

There was similar confusion over the Xbox One's rumoured 'always-on' network requirement. After (seemingly) an eternity of shuffling feet over at Microsoft, it was later revealed that the console will not require an always-on internet connection - BUT it does require an internet connection of some sort. Assumedly, this would likely be limited to booting up a game to authenticate its license for the user. But again, Microsoft did not explain too much on that one.

What a mess, eh?
Companies: Microsoft