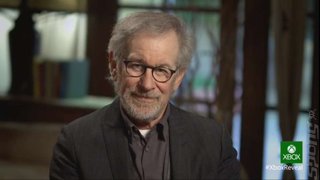 Microsoft Game Studios has emphasised how hard its working on the Xbox One, revealing that its studios around the world are working on fifteen games, all of which will release within the first year of the console. Eight of those will be brand new IPs.

Microsoft Studios' Phil Spencer announced the return of a much-loved franchise - Forza Motorsport 5 - as well as a brand new IP by Remedy Games - a strange sci-fi thriller called Quantum Break. He added that the Studios have "more titles in development now than any other time in Xbox history."

A heavy deal of Microsoft Studios time was spent on the marriage between TV and interactivity. As such, it was announced that 343 Industries is working with Steven Spielberg (yes, that Steven Spielberg) on a Halo TV series. Microsoft Entertainment Studios is also working on a "gamechanging" TV project involving American football.
Companies: Microsoft