The Moment that Dyack Went to War with Kotaku 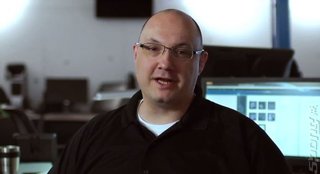 X-Men: Destiny game maker Denis Dyack has been pushed by his new company CEO to defend his reputation against an attack from Gawker-published Kotaku in an astonishing 33 minute video.

As we reported Dyack has left his previous company, Silicon Knights to join a new organisation called Precursor Games, which is hoping to use Kickstarter for a new title. One thing Dyack's new venture must do, however, is over-turn the accusations of bad behaviour and indeed potential criminal activity outlined in an article called 'What Went Wrong With Silicon Knights' X-Men: Destiny?' by a freelance journalist called Andrew McMillen and published by Kotaku.

Dyack, without taking recourse to the courts, takes to video to finally pull the article to pieces. Basically, X-Men: Destiny the game failed to emerge as anything other than a disaster for Silicon Knights the developer, for Activision (the publisher) and for Marvel (the licence holder).

Dyack admits this and apologises. What he then proceeds to do is to cast doubt over the accusation made in the article based on anonymous sources purported to have worked at SK. These accusations include tale of Dyack redistributing the funding and the human resources from Activision into other SK titles. This would be a reputation destroyer if true.

So, Dyack's response is eye-opening when it comes to the way games are made, the way funding is delivered and used, and also the ways in which the three sides of a story: subject, publisher/author and reader interact in the age of blogging and immediate story delivery.

Denis Dyack has gone to war with Kotaku. Let's see how that happens and let's ask ourselves why it didn't happen in court.

Dec|'13
SPOnG's Videogames Review of 2013: May
Sep|'13
Dyack's Shadow of the Eternals is 'On Hold'
May|'13
Silicon Knights Sells Office, But is "Definitely Alive"
May|'13
Dyack Studio Buys Silicon Knights' Assets