House of Mario gets serious. 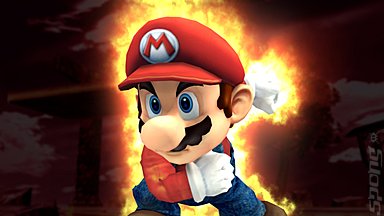 Nintendo's bringing the big guns to E3, and it's not afraid to flaunt 'em either. The company's American arm has confirmed that it will be airing a Nintendo Direct broadcast in two weeks' time, and it will be unveiling a new Mario Kart, Smash Bros. and 3D Mario among other things.

And the news came straight from the proverbial horse's mouth - Satoru Iwata himself. Using the hashtag, 'IwataSays', the Nintendo of America Twitter account wrote the following. "We will discuss new Smash Bros., 3D Mario game, Mario Kart and other Wii U titles in our #NintendoDirectNA before the start of E3."

The exec had already revealed that these three titles will be playable at the company's E3 space, but now we know that there are plans to let eager fans in on the excitement as well.

Nintendo just aired a Wii U broadcast last week, where it announced an exclusive partnership with SEGA to publish a number of Sonic the Hedgehog titles for the console.
Companies: Nintendo