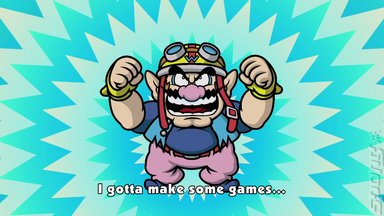 SEGA and Nintendo are joining forces in a mutual show of either need or strength but definitely of Japanese collectivism with a new distribution deal as well as exclusivity on Sonic the Hedgehog titles. Is this is brave new stance or a last ditch defence as consoles and console gaming shuffles off the main battlefield to become a side-skirmish?

Announcing the distribution deal, SEGA states, tersely, "SEGA have chosen to exclusively partner with Nintendo to distribute or publish the next three Sonic the Hedgehog titles throughout Europe and Australia. The deal will cover the recently announced Sonic Lost World, Mario & Sonic at the Sochi 2014 Olympic Winter Games plus one other to-be-revealed title. This is a strategic partnership that does not affect our existing distribution network across these territories and with whom we are looking forward to working with on the upcoming releases of Total War: Rome II and Company of Heroes 2.?

In terms of the Sonic exclusivity, "The new agreement will make Nintendo consoles the number one destination for Sonic gaming over the next three titles. The first two titles of the deal were announced today via Nintendo Direct, details of the third Sonic title will be revealed at a later date," says the release, playing down the impact of one failed hardware maker and great gaming name teaming up in a solid fashion with another great game-playa as Japan closes ranks.

?Sonic the Hedgehog has performed incredibly well on Nintendo platforms and this exclusive partnership is a natural fit for the next evolution of Sonic games? commented Jurgen Post COO SEGA Europe Ltd. ?The Wii U? and Nintendo 3DS? are ideal platforms to showcase Sonic and we are looking forward to working with Nintendo on these three exciting adventures.? Not "excited" not "honoured" or even "energised"; not moving forward or building a future. The whole deal has the smell of necessity or even neediness rather than a strongly thought-out plan to construct something positive.

ergo 17 May 2013 18:19
1/1
Wow, Nintendo signs Sonic as an exclusive, and you connect the dots that it's the End Times for console gaming? Are you guys serious? This is the best you can do? Acting like a spoiled child that had his Sonic taken away, and now he might (oh noes!) have to buy a U to play the new one! Horror!

(What is hilarious is it's not the underwhelming sales of game after game in the 'hardcore' space, it's Nintendo signing Sonic that is death knell for console gaming...try harder, Spong.)

(And give me a break: if Sony or MS made this catch, you'd be saying how it's a "major realignment in the console space and this is a huge blow to Nintendo who was known to be the platforms for Sonic gaming".)