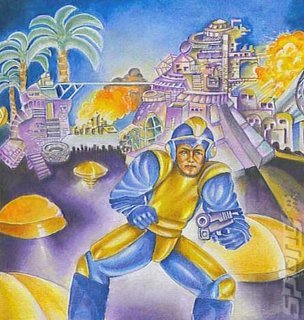 Nintendo has released its eShop content for the 3DS and Wii U today, and those of you itching for some more retro content for the latter won't be disappointed. Capcom classic Mega Man and Namco's iconic Pac-Man have been released on the platform's Virtual Console.

The two games follow the launch of the Wii U's Virtual Console on Saturday (which was good enough to offer us Super Mario World and Mario's Super Picross on SNES in addition to a selection of NES titles).

The Nintendo 3DS also gets a Virtual Console update today, with Balloon Fight, Ice Climber, Mario & Yoshi and Super C being added to the portable eShop. 3DS also gets a new downloadable game, Picdun 2, as well as Fire Emblem: Awakening add-on content and a digital re-release of My Riding Stables 3D.

Download versions of packaged software
My Riding Stables 3D ? Jumping for the Team