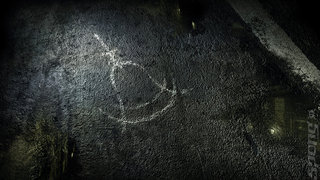 It appears that Crystal Dynamics isn't stopping to take a break, with its next project expected to be unveiled soon. That is, if a LinkedIn profile of one of the studio's employees is any indication.

Lead principal artist Matt McCulloch has included a curious little line in his online CV that reads, "Creating wildly cool environments for a soon to be announced title for Crystal Dynamics." His job is described as follows: "working closely with all disciplines to create unique, efficient and malleable levels. more on that to come."

Crystal Dynamics is rumoured to be working on a reboot to Legacy of Kain: Soul Reaver, but neither the studio nor Square Enix have commented on such whispers - and official website job postings are seeking employees "to be part of creating the foundation for a brand new AAA game." Which kind of suggests that the developer isn't in fact working on Soul Reaver.

Of course, Crystal Dynamics recently completed its work on the Tomb Raider reboot - which was released back in March and sold a chart-topping four million copies in a month. So it probably has had its fill of retreads for the time being.

Either way, it sounds like we will be finding out more soon enough.