Focusing on multiplayer for now. 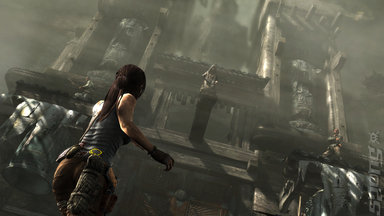 So, hoping to raid some brand new tombs when Square Enix prepares its Tomb Raider DLC? Well, better put those hopes to rest, because Crystal Dynamics has confirmed that it has no plans for any single-player expansions for the game.

The sad news came via Reddit, where the developer revealed that all of its upcoming add-ons will focus on the multiplayer experience. Here's the exact quote:

"There are currently no plans in place for any Single Player expansions. All of our DLC is based around the Multiplayer experience for now."

Boo-urns. The comments followed the official release of Tomb Raider's first DLC, titled 'Caves and Cliffs Multiplayer Map Pack'. It introduces three new areas to play in, which are available on all four game modes. It's a timed exclusive for Xbox 360 users right now, with no set release announced for PS3 and PC users. It costs 400 Microsoft Points.

The studio added that it will not be releasing a classic outfit pack for Lara either. Says creative director Noah Hughes, "We did try to have a lot of nods to the classics in this reboot, and even her outfit itself is intended to evoke her classic outfit in a way, but is more practical for her situation.

"This was just an example of trying to play that balance between fresh and familiar."
Companies: Crystal Dynamics
Games: Tomb Raider